The NSW Department of Primary Industries (DPI) has taken delivery of six new Mitsubishi Outlander Plug-in Electric Hybrid Vehicles (PHEV) with three to be based in the country NSW town of Orange. 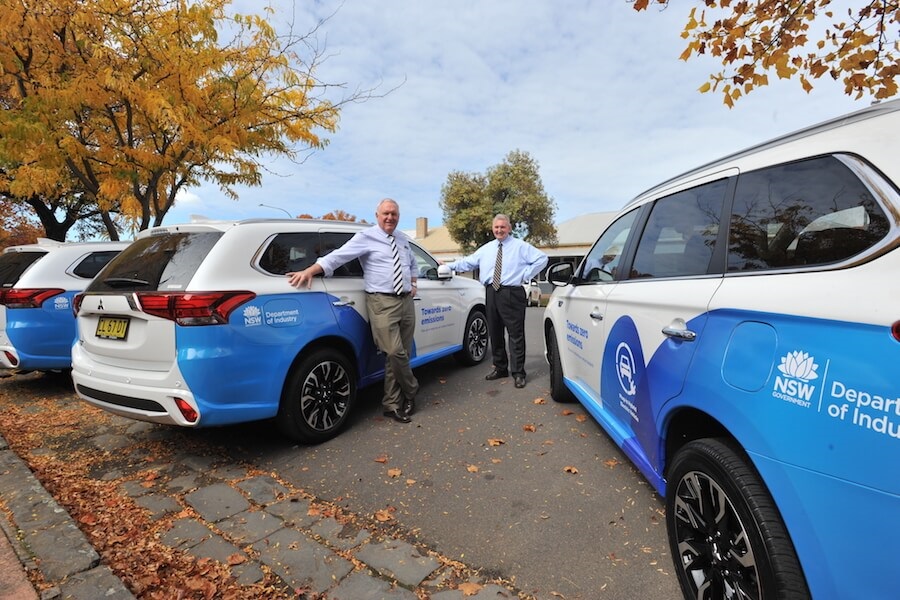 NSW energy minister Don Harwin said the addition to the fleet was part of a drive towards less carbon emissions in the state.

“It’s only a small step, but it’s a significant step,” Mr Harwin said.

Regional NSW wants to be part of the move towards a lower emissions future, if you look at the take up of [solar] PV panels, regional NSW is leading.

“The NSW government, with these three SUVs for the DPI is showing there’s a capacity for regional NSW to have a future where electric vehicles are viable,” he said.

The cars will be held on a three year lease. When not used, the vehicles will be stored – and charged - in the DPI’s basement car park.

As well as the DPI’s Orange office, government offices in Sydney can also offer charging points.

Mr Harwin said adding additional charge points in government offices and ways to encourage businesses around the state to offer charge points was under consideration.

“We hope to roll out a strategy to support that, but as I said it’s a small step today, but it’s an important step,” he said.

Western NSW and natural resources parliamentary secretary Rick Colless said with the DPI involved with the management of carbon on farms, the cars were an important step forward.

“It’s appropriate that the DPI use these vehicles, they work in the bush all the time, they’re off-road a lot of time,” Mr Colless said.

Mr Colless said while the battery could travel 54 kilometres on a full-charge, the battery also recharged when being driven.

“Not only can they be recharged when operating on the internal combustion engine, they also recharge when you’re braking or when you take your foot off the accelerator,” he said.

First released in March 2014, the Outlander is Australia’s best-selling electric vehicle thanks to its combination of its practicality and real-world functionality and advanced Plug-in Hybrid Electric Vehicle propulsion system.