Let’s back up the vehicle for a moment and take a breath so we can get our collective heads around what all these fancy acronyms mean.

The Different Types of Electric Car

What is an Electric Vehicle (EV)?

Firstly, an EV is an Electric Vehicle. It runs on a battery and gets charged from electricity. You can do this from a charging station or at home if you have a wall box charger installed. With an EV, your range may be limited by access to charging stations. Some people get squirrely about this, and this phenomenon is often referred to as ‘range anxiety’. But with a growing public charging infrastructure and better technology, this is becoming less of an issue.

What is a Plug-in Hybrid Electric Vehicle (PHEV)?

A PHEV is a Plug-in Hybrid Electric Vehicle (Which might also come as an SUV or Sport Utility vehicle). It has an electric motor that’s powered by an on-board rechargeable lithium-ion battery as well as a petrol-powered engine.

It’s normally powered by the electric motor and will only use its petrol engine as a backup if the battery runs out of charge. You recharge the battery by plugging it into a power source.

Tailpipe emissions? Some. But only while you’re using the petrol engine. 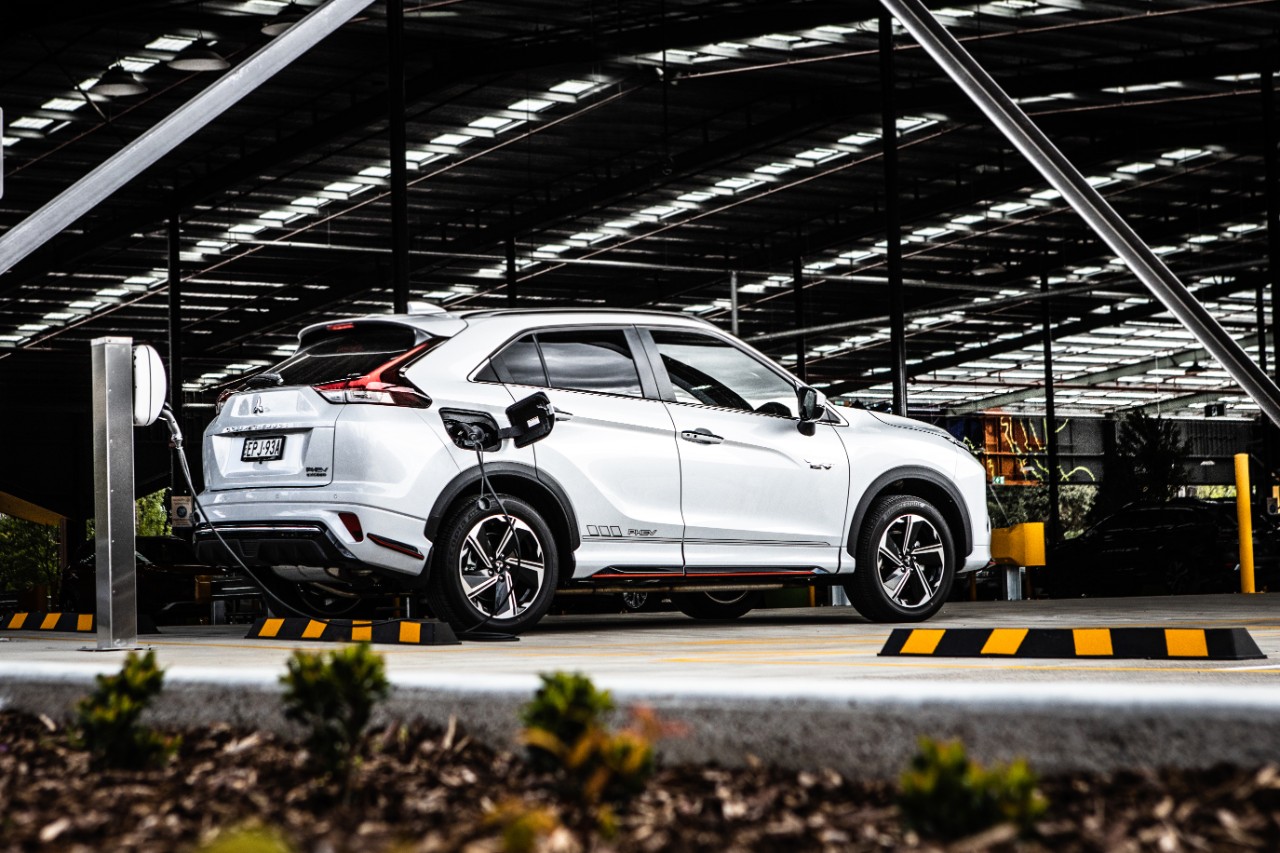 What is a Hybrid Electric Vehicle (HEV)?

A conventional Hybrid is like a PHEV as it also has an electric motor and petrol motor that can work independently or in tandem to power the car. However, you can’t plug a conventional Hybrid into a recharging station to top up the battery, meaning EV driving range is limited.

Instead, Hybrid vehicles have a clever feature called regenerative braking which harvests the rolling kinetic energy of the vehicle as it slows, converting and storing it in the battery as electrical energy. So, you can recharge your Hybrid as you drive.

In terms of tailpipe emissions, reductions are available when the vehicle is operating in electric mode. Hybrids are becoming a popular choice and they’ve been around for over twenty years, so the technology is settled and we’re seeing ongoing refinements with smaller and more efficient batteries.

These ‘eco’ or ‘green’ cars have been quite a long time coming as major automotive manufacturers are responding to a groundswell of opinion that alternatives to the internal combustion engine are needed. Many major manufacturers are including green vehicles in their line-up.

At Mitsubishi, we're deeply committed to providing real solutions and we have a serious range of cars that suit the needs of Australian buyers.

Our Eclipse Cross Plug-in Hybrid is a perfect example of the future of driving, giving you an electric driving experience, the reassurance of a petrol engine and the power of both when you need it. 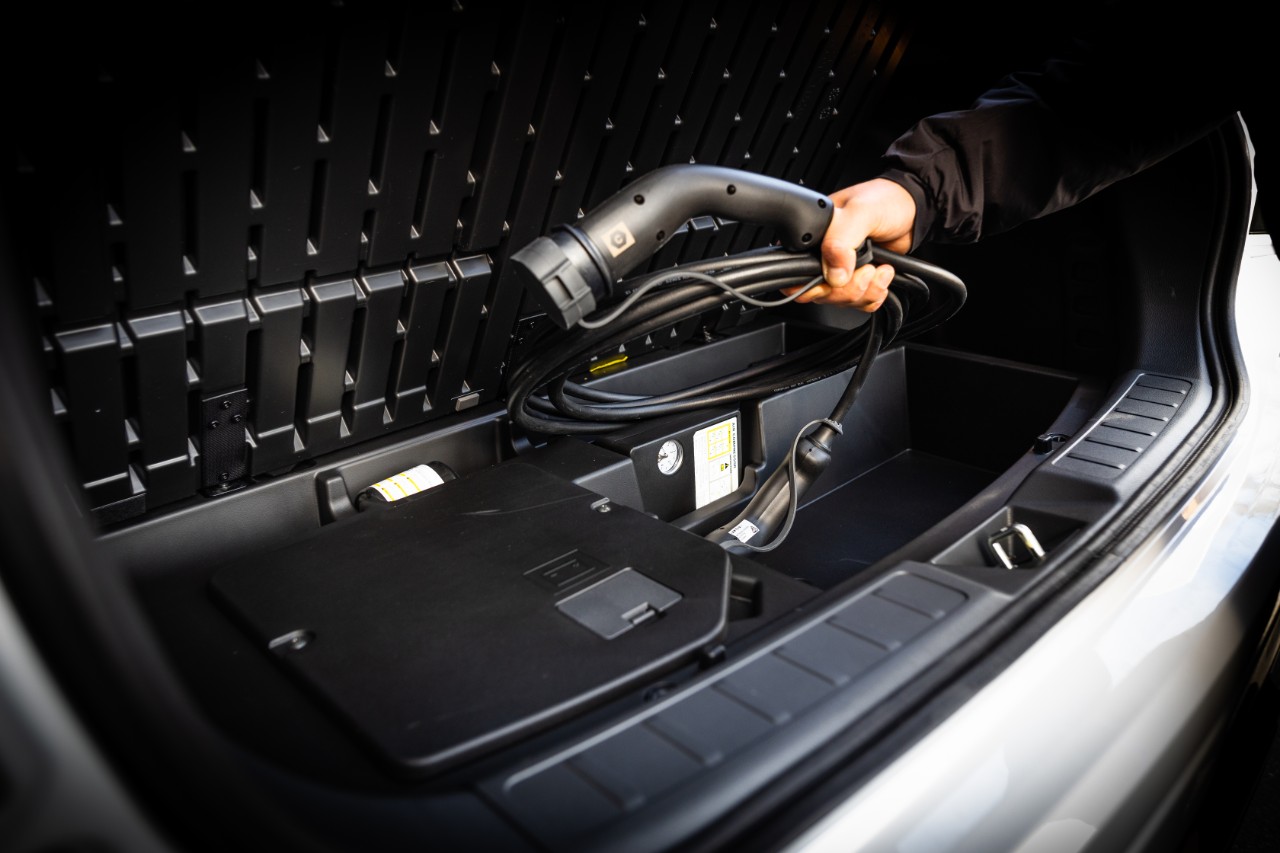 The opportunity to combine driving experience and advanced technology with enhanced fuel economy and environmental benefits is vital and we want Australians to know that they can shift up to a greener vehicle while staying within their budget.

Of course, there’s an important reason driving the change. The shift away from internal combustion engines has been gathering pace as awareness of global warming and the environment grows.

Benefits of Owning an Electric Car

By buying a ‘greener’ car, you’re playing a part in reducing emissions and making a contribution to a cleaner environment. For the moment, this decision comes at a cost, with the initial price being close to or slightly more than a ‘regular’ car.

However, the upfront costs amortise over time when you factor in reduced fuel costs and maintenance and, in some cases, lower insurance. We’re also reaching a tipping point where green cars will become cheaper to make than those with internal combustion engines.

The public charging infrastructure is growing to meet demand. Australia now has over 2300 public charging stations*, up by 40% over the last year. Battery technology is also improving rapidly and becoming cheaper. Eco cars are becoming more common and we’re getting used to seeing them glide to a silent halt at the traffic lights.

In reality, environmentally friendly cars have been around for a long time. In 1880, French inventor Gustave Pierre Trouvé built a human-carrying electric vehicle from a modified English tricycle. English inventor and industrialist Thomas Parker drove to work in Wolverhampton in an electric car he designed and built in 1884, ten years before petrol powered cars came to Britain. He even designed a steam generator so he could recharge his EV’s battery. However, historians agree that the first real electric car was built in 1888. It was called the Flocken Elektrowagen (True!) and was essentially a motorised carriage powered by an electric motor.

Hopefully, all of this has improved your EV IQ. Which means you can make a more intelligent and informed choice about your next vehicle.